Ponnam flags off train from Karimnagar to Tirupati 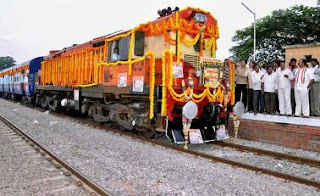 The weekly express train from Karimnagar railway station would leave on Saturday evening and reach Tirupathi on Sunday morning. It would depart Tirupati on Sunday evening and reach Karimnagar on Monday morning.
Speaking on the occasion, Mr. Ponnam Prabhakar said that he would strive to make the train into a biweekly within two months and later make it a regular train service depending upon the response from the passengers.
Appealing the South Central Railway authorities to name the train as the Sri Raja Rajeshwara Express train because of its origination from Karimnagar district which houses the ancient and historic Sri Rajeshwara Swamy Devasthanam in Vemulawada temple town, he said that he would write a letter to the authorities’ concerned accordingly.
He said that he is striving hard for the completion of Peddapalli to Karimnagar to Nizamabad railway line. As soon as the railway line is completed to Nizamabad station, they would introduce direct train service to Shirdi temple shrine from Karimnagar station. Earlier, the MP had inaugurated the upgraded Jammikunta railway station as Adarsha railway station in Karimnagar district.
Local legislator Gangula Kamalakar, MLC Naradasu Laxman Rao, Choppadandi legislator Suddala Devaiah, KDCCB chairman K. Ravinder Rao, Chalmeda Ananda Rao Institute of Medical Sciences chairman Ch. Laxminarasimha Rao, district Granite producers association president R. Tirupathi Goud, former Zilla Parishad chairman A. Laxman Kumar, former legislators K Satyanarayana and Bomma Venkateshwar, South Central Railway DRM SK Mishra, ADRM Ramana Reddy, Senior DCM Christopher, Sr DSTE Umashankar and other railway officials were also present. 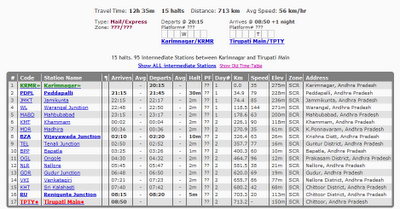