Khaidi No.150 The Boss is Back Released Today with high Expectations. 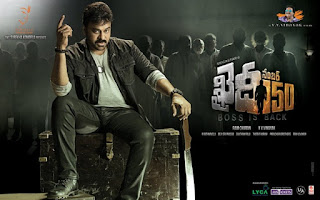 Today 11-01-2017 released in two theaters in Jammikunta.
About Film.
Khaidi No 150 is an official remake of Vijay’s 2014 hit, Tamil film, Kaththi. Chiranjeevi is playing a dual role, while Kajal Agarwal and Shriya Saran appear in the female leads. Devi Sri Prasad has composed music for its soundtracks and background score, while R Rathnavelu cranked the camera the movie.
Following in the footsteps of Geetha Arts, the bosses of Konidela Production Company released the audio album of Khaidi No 150 directly into the market without a formal music launch function. Its songs were also released on YouTube and they received record-breaking response from the music lovers.
The film has high expectations, lets do the same and have good records.