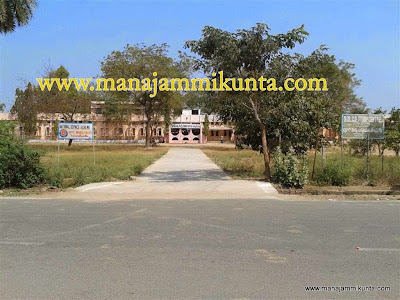 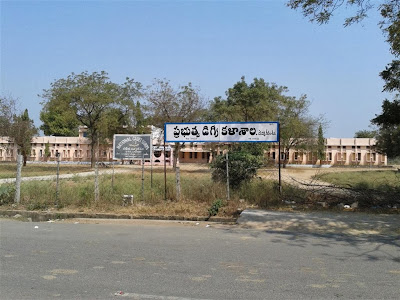 The GovernmentdegreeCollege ,Jammikunta was established in 1965 under the private management by Late  Sri.K.V.Narayan Reddy, the then M.L.A. and former Minister in Andhra Pradesh cabinet, named as Adarsha College of Science, Commerce and Arts, with a great vision and mission to impart higher education to the economically backward region, Jammikunta and surrounding villages. Late. Sri. Erramraju. Krishnam Raju,the then Sarpanch of Jammikunta, provided a land of 20 acres to the college from Gram-Panchayat.
The college was taken over by the Government of Andhra Pradesh and has been renamed as Govt.DegreeCollege in the year 1982. Several restructured courses were introduced in the college in 1998-99.   Later it has got permanent affiliation to KakatiyaUniversity, Warangal and has been granted permanent recognition under section 2(f) and 12(b) of UGC act.
At present the college has 08 groups with 947 students.
Due to establishment of new universities in the state the present first year batch students (2010-11) were affiliated to the satavahanaUniversity, Karimnagar.  In this year 2012-13, the college completely  affiliated to the  SatavahanaUniversity, Karimnagar.
The town of Jammikunta located on Chenni- New Delhi grand trunk railway line, is also a famous for its nearby pilgrimage centre Sri.SeetaRamachandra  SwamyTemple, Illanthakunta  Village. The history of the town tells that Sri Rama took rest in this area during his 14 years of aranyavasam. Every year a big Jathara is organized on the birthday of Sri Rama (Sri Rama Navami).
Our future plans include introduction of P.G. courses, starting with a students’ hostel. Setting new standards, Scaling new heights of excellence, and shaping the destinies of young men and women, the college has been marching ahead towards excellence.
source: http://jammikuntagdc.in/