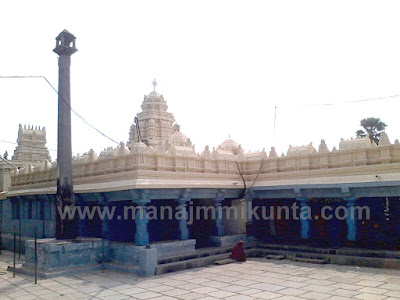 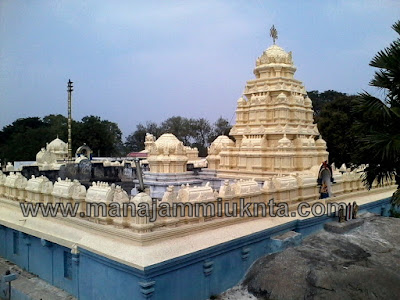 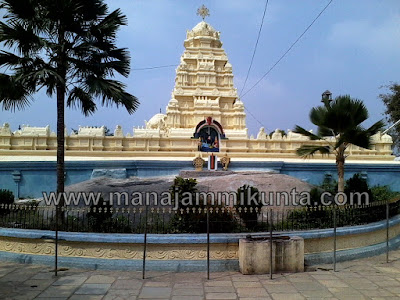 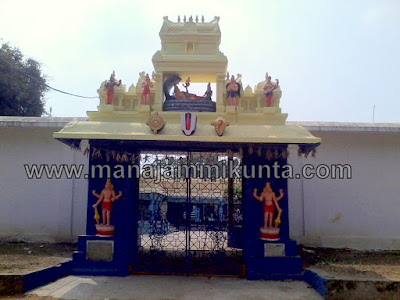 Sree Seeta Rama Chandra Swamy Temple, Ellandakunta, Jammikunta
Known as “Apara Bhadradri“ 3KM away from Jammikunta.
About Template
Ellanthakunta is from 3 KM distrance from Jammikunta. It is 65 Kms to the south-east of Karimnagar. The place is very popular because of the existence of Sri Rama Temple. It can be reached from Huzurabad and Jammikunta railway station. Reportedly the village appears to have received its name because of the existence of a Kunta (tank) beside the temple with two big trees locally called Illendu trees. The Kunta with Illendu trees was called Illendukunta now known as Illenthakunta (Iluvenda Kunta). Illuvenda is a kind of tree. Though no older inscriptions are noticed, there are label inscriptions of Telugu in late characters. The inscription in the Mandapa of the temple containing only Srimukha, Magha Bahula Tadiya Guruvaramu records the construction of the mandapa of the yagasala (for performingrituals in the temple) by certain Lakshmi Nancharu, sister ofBogam Balaraya. There are two more label inscriptions inlate characters. One votive label of four lines on a stone in front of the garbhagriha records the worship by certain Muttamma wife of Virappa son of Sita Yallappa. Another label inscription of three lines in the Mukhamandapa records the worship by certain Guda Pariki on Jyeshtha Suddha Panchami. Ramalayam Garuda Stambha Sri Rama Temple This is known as Sita Ramachandra Swamy Temple. This temple faces the west. When one enters the temple from the maindoorway on the east, he finds the rear part of garbhagriha. The figures of Sita, Rama, Lakshmana and Ranganayaka swamy carved on a big boulder are noticed in the garbhagriha. The figures of Alvars are also carved at the base of the boulder. In front of the garbhagriha there is a sixteen pillared mandapa followed by another sixteen pillared mandapa. The height of these both the mandapas is not more than six feet. Many mandapas are seen in the temple built in different times for the comfort and convenience of the devotees visiting this place. A sixteen pillared mandapa lying to the north of the temple is converted into a safe hall by raising walls all around for the needs of the temple. There is another sixteen pillared mandapa before this converted hall. To the south of the temple there are two more sixteen pillared mandapas one before the other besides a twelve pillared mandapa. Thus many mandapas are noticed in the temple premises. Curiously enough the main door way on the east contains Mithuna sculptures and a figure of Lajja Gauri a primitive Mother Goddess with legs wide apart showing prominently the genital part. The old sculpture of two handed Vinayaka with real elephant head with out a crown is noticed in the Ramalingesvara temple lying on the west within the same courtyard. The sculpture of Virabhadra with four hands and two more beautiful sculptures of Vaishnavite Dvarapalas five feet in height with four hands are found in the courtyard of the temple. There is another door in the north to get entry into the temple. Near this doorway there is a Garuda Stambha with a miniature mandapa at its top containing the sculpture of Garuda. To the west of the temple is the village tank and behind this tank there is a beautiful Koneru or holytank of the temple. It is learnt that the marriage of the late Prime Minister P.V.Narasimha Raowas performed in this Sri Rama Temple