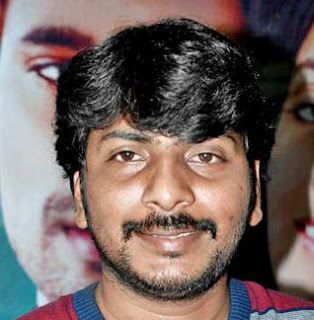 Another film director has emerged from Karimnagar district with Sampath Nandi, the debutant director of ‘Emaindi Eevela’ Telugu film which would hit screens on Friday starring Varun Sandesh of ‘Happy Days’ fame and Nisha Agarwal as heroine.

A native of Odela mandal headquarters belonging to the farming community, he was attracted by director Shankar’s blockbuster movie ‘Gentleman’ and took cinema as a profession and joined the writer, director, actor and producer Posani Krishna Murali as assistant director. Later, he worked with another Telangana film director N. Shankar for ‘Ayudham’ and for the film ‘Toss’ as writer. Presently, he is working on another movie ‘Ratcha’, which would go on to the sets very soon.
Stint in ads
A distinction student of B. Pharmacy, Mr. Nandi also worked in several commercial ads in Bangalore and was associated Kannada Hero Upendra, who encouraged him in his endeavour to join the creative film industry.
As part of the promotional programme of his debutant ‘Emaindi Eevela’, Mr. Nandi was in Karimnagar town on Thursday and addressed media. Talking to newsmen, he said that the ‘Emaindi Eevela’ was a complete entertainer produced at low budget.
He called upon the people to encourage him, a Telangana director, by watching his movie.