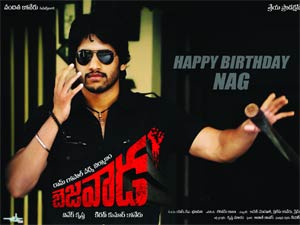 Ram Gopal Varma has finally changed the title of his controversial Bejawada Rowdilu. He has renamed the forthcoming Telugu movie as Bejawada.

Bejawada, which is based on the real life rivalry of Vijayawada’s politicians, has been in the trouble from the day it hit the floors. The local people and social groups opposed the content of the film and also demanded Ram Gopal Varma to at least change the title of the Telugu film, as it shows the coastal city in bad light.

Sarvodaya Mandali, a Gandhian organization, filed a petition a few months ago to cancel the shooting of the film on the lines that the movie would disturb the peaceful atmosphere and harmony in Vijayawada. An advocate had also filed a petition echoing the same sentiment and requested the court to direct Ram Gopal Varma to rename his film.

Later, the High Court issued an order for the Regional Censor Board to verify the case and take appropriate action if the movie bypassed the censor rules. However, the adamant filmmaker has been refusing to bow down to their demands, has renamed the film on his own.

Bejawada Rowdilu is said to be based on the conflicts between two politicians Devineni Nehru and late legislator Vangaveeti Ranga. Their rivalry took an ugly turn when they lost their close members of the family. As a result, Nehru’s two siblings were assassinated and Ranga and his brother were killed in 1980s.