Nippu fails to ignite the fire from within and instead burns itself in the process to qualify as yet another bad film from Gunasekhar. – Haricharan Pudipeddi 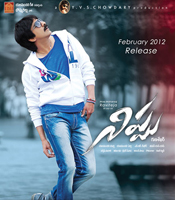 Nippu is a film made for Ravi Teja fans’ only and it doesn’t disappoint them one bit. However, for others it is a challenge to sit through the whole film. Neither is ‘Nippu’ as hilarious and entertaining as ‘Mirapakay’ and ‘Don Seenu’ nor as action packed as ‘Vikramarkudu’. All the hype that the film created seems to have gone down the drain. And, in Ravi Teja’s career this film is definitely going to be remembered as one of those films the actor would never want to talk about. The story revolves around Surya, a gym instructor and his best friend Sriram. Surya falls in love with Sriram’s sister Meghana and life is going on smoothly until he goes on heads on with a local goon, Raja Goud and he seeks for taking revenge on the erstwhile. Meanwhile, in Saudi, Sriram is indicted on murder charges; Surya leaves to Saudi to save his friend. Apparently, Sriram is accused of murdering Vaishnavi, who is the daughter of Raja Goud. How does Surya solve the mystery behind the murder and help Sriram is what the climax is all about? Basic premise of the film revolves around friendship but unfortunately the director fails to cover either the friendship or the family angle. Instead of focusing on the script and screenplay, director Gunasekhar shifts all his focus on Ravi Teja only to disappoint everybody in the process. The first half of the film is blessed with appropriate amount of comedy; slapstick though, nothing sensible and towards the end of the first half the film the story actually begins. The second half of the film is all over and the development of the story in it is totally clichéd. Performances by Ravi Teja and Deeksha Seth deserve special mention; at least Ravi’s role. As always he was splendid in his role and delivers dialogues in comedy scenes with great diction and timing. Deeksha’s toned body is something to definitely watch out for. Not only she mesmerizes everybody with her sensuous body; she’s keeps everybody hooked on to the screen. Roles by Krishnudu, Sriram and Pradeep Rawat are average, while Brahmanandam and Dharmavarupu were hilarious in their respective roles. Cinematography by Sarvesh is something to look forward to, as he presents a visual treat to everybody. Thaman’s music is mediocre and background score is passable. Dialogues by Shiva were hard-hitting and apt to the theme of the film.